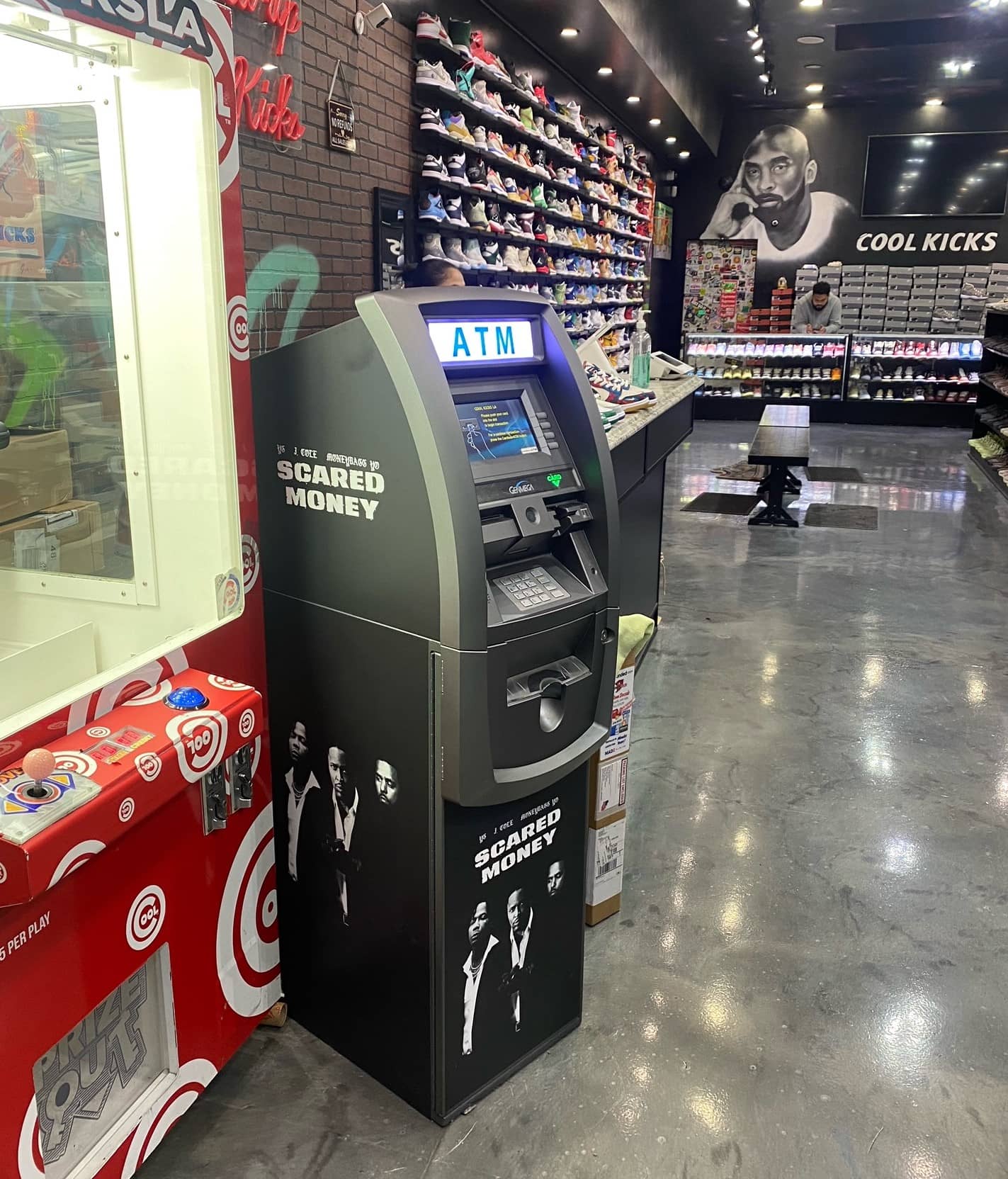 Prineta recently collaborated with the largest music company in the world, Universal Music Group (UMG) to provide a custom marketing promotion for the popular rapper known as YG.

YG recently released a new song “Scared Money” (Featuring J. Cole and Moneybagg Yo) which is now his top song on Spotify.

The song has lyrical themes about spending the money you have instead of saving it up. The adage “scared money don’t make money” refers to how one shouldn’t expect to generate a large income unless they’re also willing to be brave when it comes to investing their money.

UMG had the idea to brand ATMs with the Scared Money artwork and promote listeners of YG to use the ATM and spend their money. They left the location of the ATM up to Prineta. It was decided that the most suitable location for the branded ATM would be a popular high-end shoe and urban clothing store in Los Angeles called “Cool Kicks LA”. It was a match made in heaven as the song Scared Money also has lyrical subthemes about sneakers, including a line in which he compares his shoes to American rapper Kanye West’s shoes and also declares himself as the “best dressed, but I ain’t no Kid Cudi”.

Prineta printed a custom vinyl ATM wrap with the song’s artwork and had our local ATM technician install the art to the ATM within weeks of the song release. 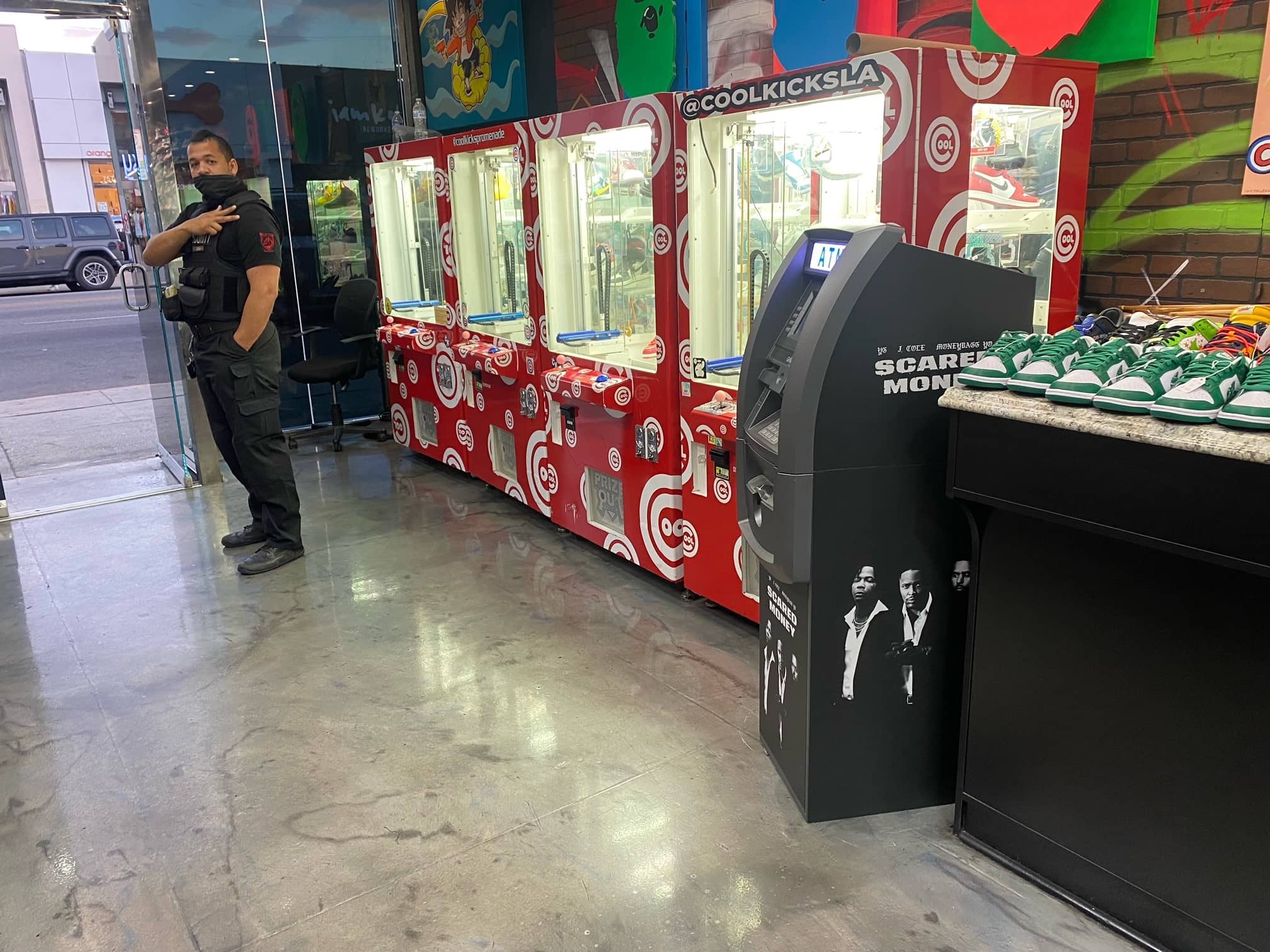 If you’d like to see or use the ATM yourself, head over to Cool Kicks at 7565 Melrose Ave in Los Angeles California.